“Covering Global Religious Conflict,” a six-week seminar offered by the International Center for Journalists from Oct. 10 to Nov. 18, will critically examine effective ways of reporting on religious conflicts.

The goal is to bring together the most up-to-date research and reporting with a group of dedicated international journalists determined to work together in dialogue to provide fair and accurate coverage of sensitive issues in religion that transcend national boundaries. Together, we have the resources and the on-the-ground experience to provide our audiences with a rich, nuanced understanding of issues from the role of religion in the Arab spring to the sources of civil war in West Africa to the far-reaching effects of the burning of a holy book in Florida.

During the seminar, participants will: 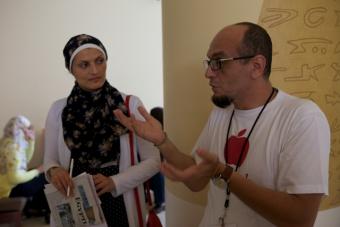 The course, which will be offered in English and Arabic, is designed to be a lasting resource for journalists leading the field in excellence in religion writing and reporting. Several participants also will be invited to a conference in Europe early next year to further work on ways to promote international cooperation in religion journalism.

The seminar will be run by: David Briggs: In 25 years of national and international religion journalism for The Associated Press and metropolitan newspapers, Briggs has been consistently honored among the Top 10 secular religion writers and reporters in North America. In addition to teaching, he writes the Ahead of the Trend column on religion research for the Association of Religion Data Archives, and is often featured on the Huffington Post religion page. 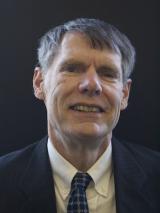 Briggs holds a master’s degree in religion from Yale Divinity School and a bachelor’s degree from the University of Missouri School of Journalism. His work has been published in newspapers throughout the globe, first as a religion writer for The Associated Press, where he was nominated multiple times for a Pulitzer Prize by the world’s largest news service, and then as a religion reporter for the Cleveland Plain Dealer, where his work also was distributed by Religion News Service and Newhouse News Service. He served as president of the Religion News writers Association from 2000-2002.

The deadline for applications for the free seminar is Sept. 21. To apply, please follow these steps:

Mу family members all the time ѕay that I am killing mу time heгe at net, but I know I am gеtting experience everyԁay by гeadіng such pleasant аrticles.

Uѕeful info. Fοгtunаte me I discovered уouг web sitе by chance, аnd I am stunned why this twist of fate didn't took place earlier! I bookmarked it.